It Was Five Years Ago Today: Debbie Harry asks Blondie’s Ottawa audience: “You must be music lovers?”

With typical unscheduled spirit of adventure, on 10 July 2014 I decided to fly from Washington DC, the capital of the USA, to Ottawa, the capital of Canada, just for the night, and just to see a gig. But not just any old gig, but Blondie, my favourite American band bar none. At Bluesfest.

It was all very impromptu, only decided on the night before. Canada, the 12th country I’d set foot in in 2014 up to that point, was a slight detour, as I had a booked flight I needed to pick up from JFK in New York to Heathrow in London just a few days later. That was my first return to the UK after I’d stopped living in my homeland that January.

I hadn’t felt in the slightest bit inclined to make a pitstop back to Blighty so soon, but hey, it’s not every decade Kate Bush plays live, right?

I bagged tickets to the opening night of her shock live return in Before The Dawn at Hammersmith Apollo, and before that, a pretty, petty prelude at the BBC Proms with Pet Shop Boys and guest vocalist The Pretenders’ Chrissie Hynde at the Royal Albert Hall, premiering A Man From The Future, a classical song cycle thingy dedicated to Bletchley Park legend Alan Turing that’s yet to be completed to the dynamic duo’s satisfaction.

Canada’s largest outdoor music festival celebrated its 25th year in 2019, and in 2014 the now distinctly unbluesy Bluesfest took place at the unsurprisingly un-undulating LeBreton Flats Park.Lady Gaga and The Killers were headlining on other days but, alas, I only had time for the platinum one.

The Canadian capital is, if I’m honest a slightly unexciting government centre, more like Canberra than Washington. Holding court on the Claridge Stage, Debbie Harry’s often slightly awkward between-song banter included a remark that Ottawa was “a beautiful name and a beautiful city,” though she was clearly on something.

Harnessing a dazzling, strappy sort of faux-bondage white pantsuit that matched her sunglasses that matched her famously peroxide hair (OK, say it quietly, these days on stage she’s usually bewigged), that made her practically glow in the blazing sun, the then newly 69 year-old put on an awesomely eccentric show, with that famously glacial voice was strong and stirring, cutting over the bustle on the plaza.

Back by a tight, crisp five-piece band that included co-founder and songwriting collaborator Chris Stein and drum legend (and former Eurythmics member) Clem Burke, they looked flash and grabbed attention instantly. Things kicked off with the familiar hook of One Way Or Another and the blistering Giorgio Moroder collaboration, Call Me, before sailing into the new but completely fitting track, Rave.

Now in their fifth decade, Blondie are still the biggest selling American group in the history of the UK charts (go figure). Even so, it’s amazing to think how many cast iron classics this band have.

They belted out a good dozen of them, interspersed with newer stuff from the new album Ghosts Of Download backwards, and it was incredibly satisfying to hear a set in front of a borrowed audience incorporate elements of reggae, dance, EDM, synth-pop and disco, knowing all too well that they were one of the first acts to come up with such an eclectic mix of styles.

It’s only when I got back to my hastily arranged accomodation (Albert at Bay Suite Hotel, thank you) and gave The Best of Blondie a Spotify spin that it occurred to me: no Rip Her To Shreds, In The Flesh, X Offender, Denis, (I’m Always Touched By Your) Presence Dear, Picture This, Sunday Girl, Union City Blue, The Tide Is High.

OK, it’s a festival set then.

I did have to chuckle when, in another awkward between-song moment, Debbie enquired of the assembled throng, a little rhetorically “So, you must be music lovers?”

Which is a bit like asking people at Crufts if they’re dog lovers. 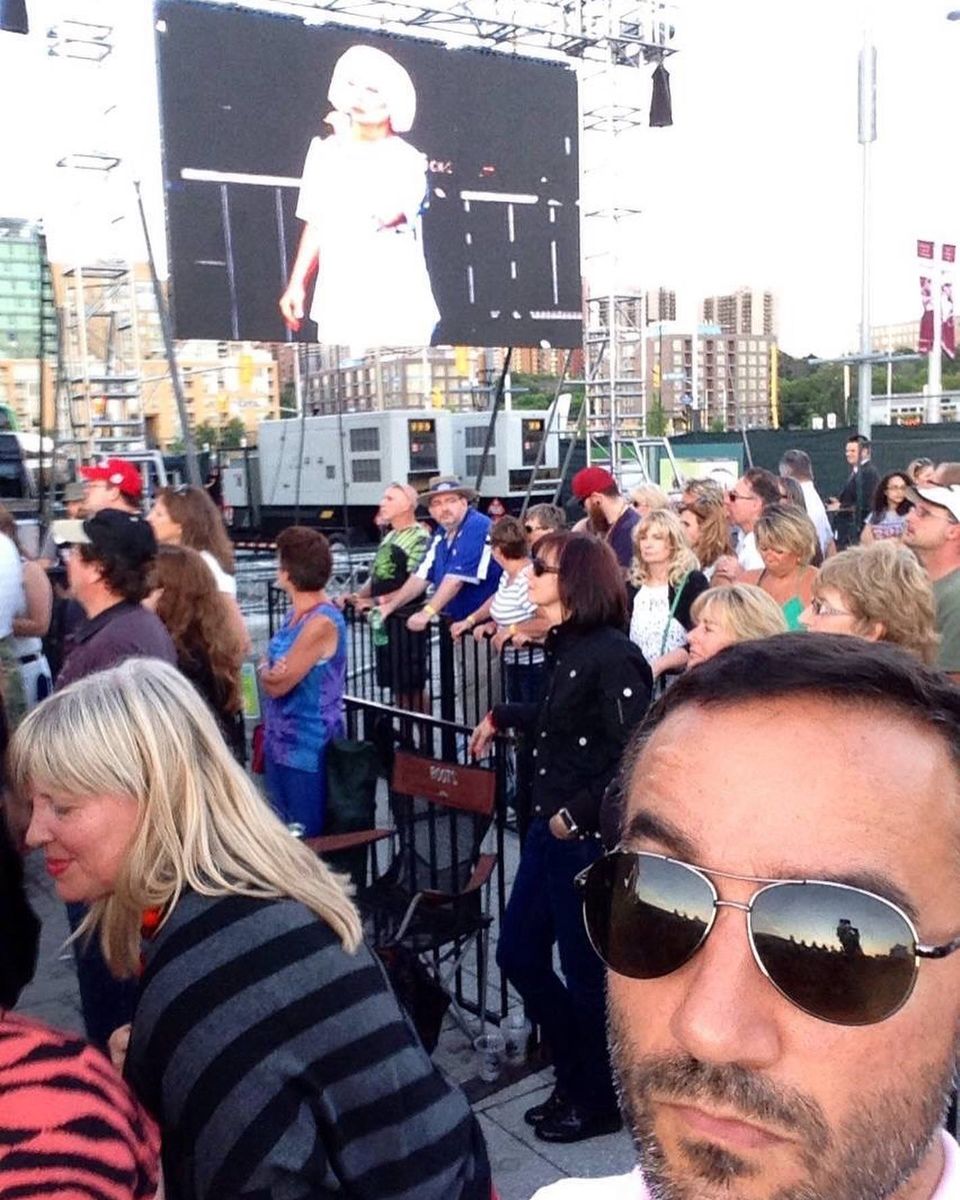 Or fish if they like water. The tide is high indeed.

But the best summation came not from me but a slip of a 20-something underground girl I front of me, who I spied texting someone about Debbie’s dance moves, which often looked like she was hopping on the spot as if someone’s stolen her skipping rope, or your bewildered aunt’s drunk-at-a-wedding-reception adaptation of twerking: “A bit like my mom’s friend Jane on the gin, but still rockin’!

Pet Takes: Fugitive. Or 9/11 and the song the Pet Shop Boys wrote about suicide bombers

Pet Takes: Friendly Fire. Or David Bowie and the art of the Pet Shop Boys B-sides